When the Department of Inspections and Appeals visited the site, he noticed the outstanding work of the facility administrator, Gwen Larsen. Her interactions with the guests and how happy they were showed just how amazing the Stanton facility is. 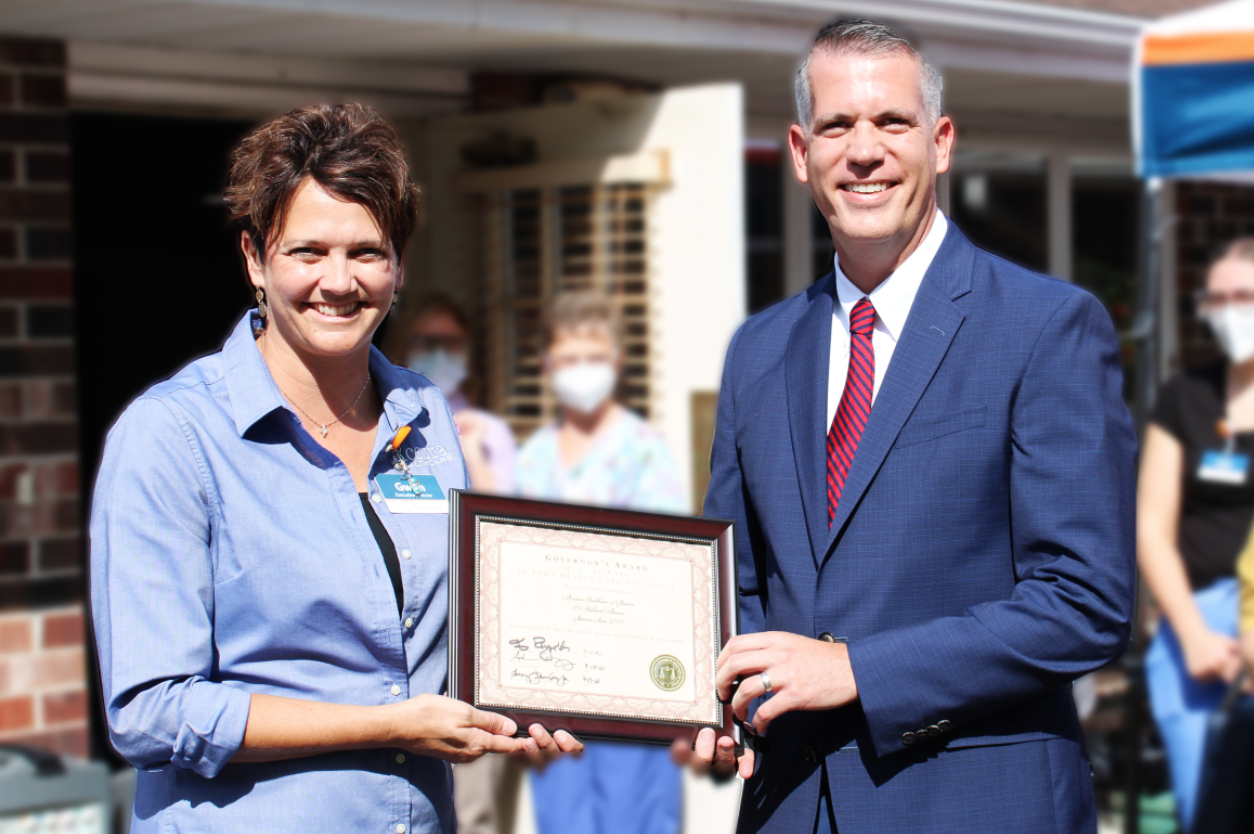 Accura HealthCare of Stanton was nominated by resident Eleanor Hallquist. She has been a resident at the facility for over a decade. Her reasons highlighted the quality of the staff and food, and she is always impressed with the hygiene and cleanliness of the facility. Other residents also have been impressed with just how respectful and helpful the staff at Accura HealthCare of Stanton are.

One of the more notable programs that resident Eleanor Hallquist mentions is the “adopt a grandparent” program that is popular with local fourth-grade students who can “adopt” a resident as a “grandparent”. In addition, many community members come to the facility to perform various talents.

Communication between staff and families was another excellent note that DIA staff discovered when interviewing with families of residents at the facility. There were regular updates that were provided during the pandemic. The facility had also invested in iPads so the residents and families could communicate when visitations were not allowed.

The Governor’s Award for Quality Care was established in 2001, and since then over 60 awards have been given out to 52 facilities across the state of Iowa.